“I told the defence minister that the Pakistan Air Force has the advantage. We are sure to have losses.”

It was a stunning nugget of information from Marshal of the Air Force Arjan Singh, who as Chief of Air Staff during the 1965 war, led India’s first full-fledged use of offensive air power.

I recall the import of his words hitting me immediately, even as a young reporter just two years into the world of military affairs reporting. Here was a wartime chief speaking more candidly than he ever had before on one of India’s more contentious military campaigns. Not known to mince any words before, he appeared especially in a mood to talk tough that evening.

That was July 2006 at his home on Delhi’s Kautilya Marg, four years after the Atal Bihari Vajpayee government had decided to honour Arjan Singh with the honorary rank of Marshal Of The Air Force (equivalent to Field Marshal in the Indian Army) for his leadership during the 1965 campaign. The Marshal gave me no more than an hour that evening, but left me with an interview that would, for one thing, occupy internet military forums — then in their nascence — for weeks on end.

Over the years, I would have the good fortune of meeting both the Marshal and his beloved wife Teji at military events. 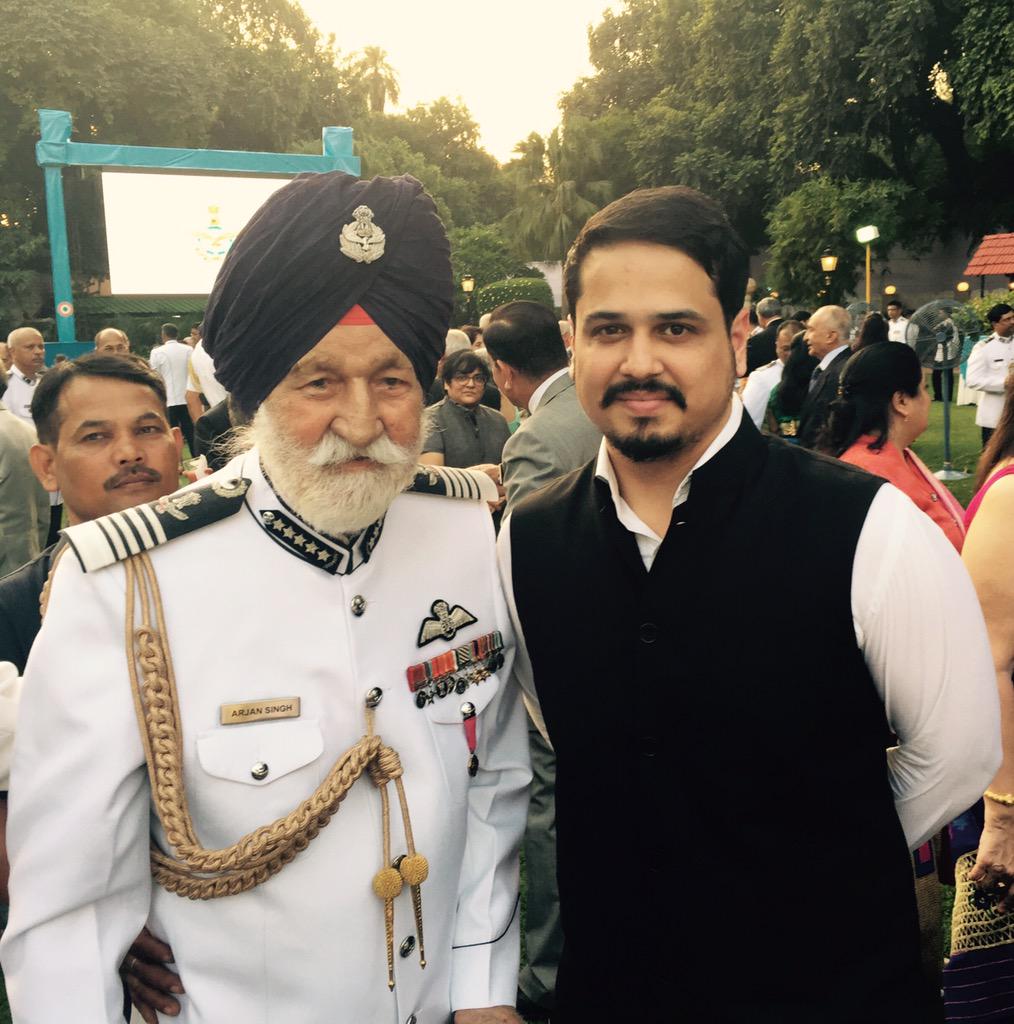 I spoke to India’s last four defence ministers this evening as the news broke that Marshal Singh had passed away. Nirmala Sitharaman, the country’s new defence minister told me, “Sadly I didn’t have the chance to meet him as minister. I do know that he was most keen on the issue of modernisation, having seen generations of aircraft across his career. I plan to see to it that his legacy in the military means faster modernisation of the forces. I plan to do my  very best.”

I take the liberty today to produce in full my dispatch on the very telling interview Marshal Arjan Singh gave your correspondent. Savour his words on his Pakistani counterparts. They come from a time long gone.

PAF has the advantage, we are sure to have losses: Arjan told Chavan

For Marshal of the Air Force Arjan Singh, the 1965 war was a monumental challenge: as IAF chief at the time, his dated and old fighter fleet scrambled up against a blisteringly potent PAF, armed, alarmingly at the time, with air-to-air missiles. The war ended after just 21 days, but anxiety levels had begun to brim over long before operations began.

In an interview to The Sunday Express, Singh revealed, for the first time ever, his word of caution to then Defence Minister YB Chavan just before IAF fighters blasted off from Pathankot early on September 1, 1965.

‘‘It speaks volumes of Chavan that he gave us approval for air strikes in just five minutes. But I warned him about two things: that we were sure to have losses, since the PAF was very close at Sargodha, and I also told him that since the IAF and Army hadn’t had time to brief each other, it was possible that we would hit our own troops from the air. As it turned out, this did happen,’’ Singh said.

While things levelled out in the West, Singh admits that his force was ‘‘rather complacent’’ about the Eastern Sector. ‘‘Our commanders there should have been more aggressive. You can never win without being aggressive.’’

A more controversial aspect is the much-dissected conversation between Singh and his PAF counterpart Asghar Khan earlier that year during Pakistan’s armoured incursion into Kutch. Khan called Singh and suggested that both air forces keep away from the conflict.

Later, Asghar Khan went on to justify the IAF’s lack of action in Kutch to his purported ‘‘threats’’ to Singh. That he did not consult Pak Army chief Gen Musa and President Ayub Khan, cost him his job two months later.

Singh, who remains in contact with his PAF counterparts of the time, remembers: ‘‘I agreed with him, because this was our stand too. We were just not prepared for a showdown in Kutch. Asghar was and is a close friend of mine, so is his successor Nur Khan. The high standards of efficiency of the PAF at the time were entirely because of Asghar’s dedication. They were both good colleagues and first class officers. When I visited Peshawar after the war, Nur Khan accommodated me in his own house.’’

In the final analysis, Singh feels the PAF was cautious because of limited resources, while the IAF kept away from full throttle because it thought the war would last much longer. The stakes for both, either way, were very high.

Reproduced from the Livefist blog. Read the original post here.